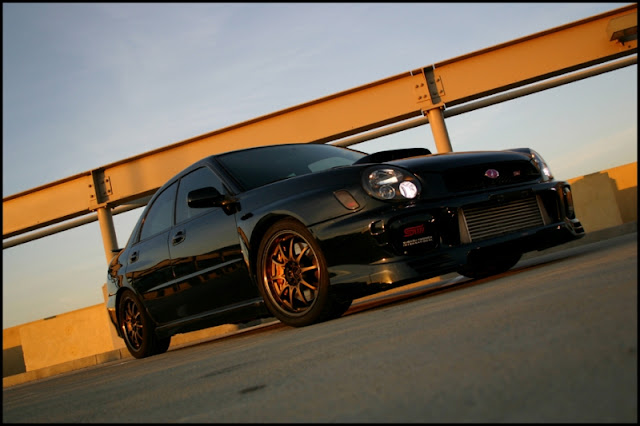 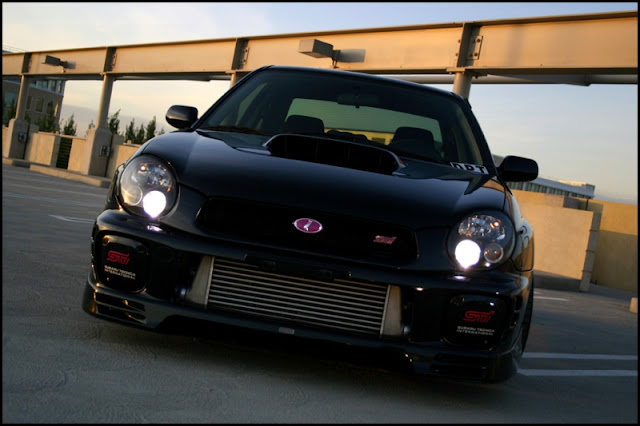 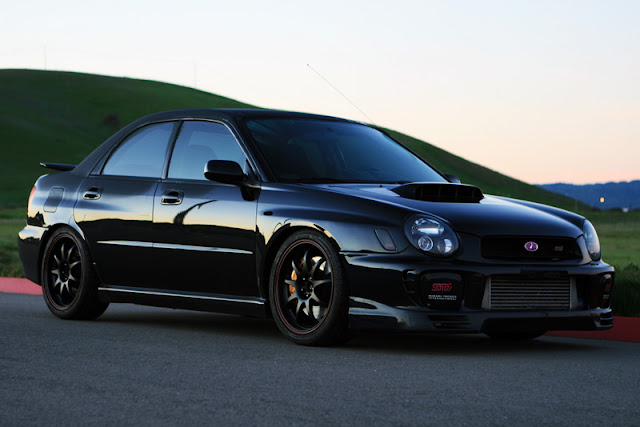 I purchased the car near the end of 2002, a black 2003 Subaru WRX. At the time I did not have big plans for the car, it was meant to get me to and from school and for trips up to the snow. Things quickly changed though as I started attending local meets and really got involved in the Subaru community. I started slowly modding the car with the basic bolt on upgrades and was content with the car. Near the middle of my senior year in highschool I had a pretty light load of classes and really started to modify the car. I did the basic vf30 turbo upgrade with all supporting mods and also followed that up with coilovers. The car was a blast on the street and handled well on the backroads. Also I had a great time working on the car and doing all of the installs myself.

After running the vf30 setup for a little over a year I was eager for more power. Over the next couple of years the car went through many changes. Ranging from a stock motor ej205 with a rotated GT series turbo all the way to a full JDM V7 drivetrain swap that I installed by myself in my garage. I ran the JDM V7 swap for about a year until that motor unfortunately spun a rod bearing at a track day last winter.

I am now on to a new motor setup and just finished tuning it. This time I went a little crazy and fully built a 2.5 block, built the heads, and installed a larger turbo. Also I flipped the intake manifold around and fabbed up some larger intercooler pipes for it. The car recently made 484whp on Speed Elements low reading dyno dynamics dyno (570-580whp on a dynojet). The car is pretty crazy on the street now and I hope to attend a lot of track days in the near future to get the full potential out of the car. 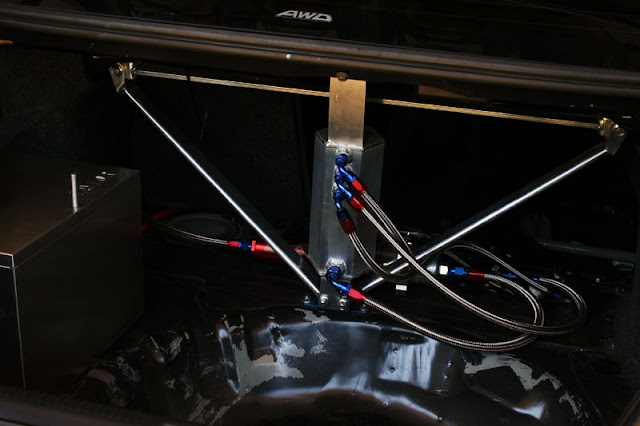