Checking in with Paulie and 001 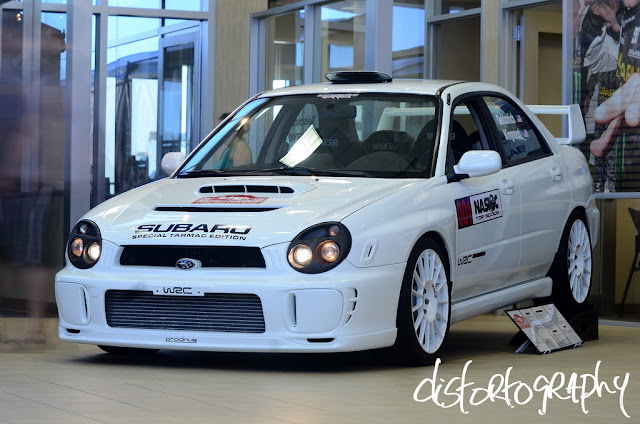 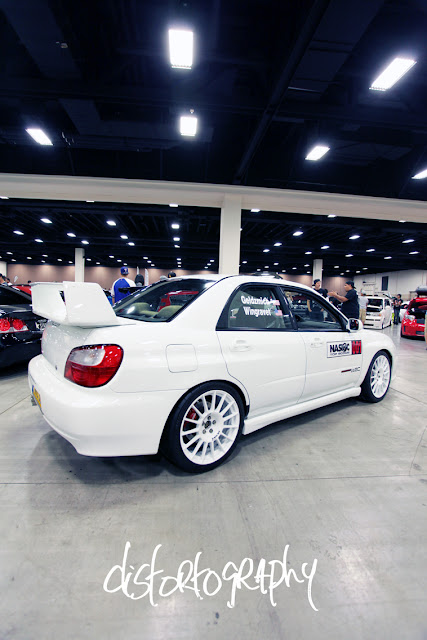 Paulie, the man behind the white Bugeye that won our very first contest, fresh from service overseas in Japan recently put 001 through a bit of a reboot.  In typical Paulie style he provided all the details of how he reworked a genuine classic and raised the bar for the rest of us again....


Well folks, after 9 years in the making, the WRC Tarmac Project is finally finished. it's been a long time coming, and after coming back to the US I started to gather all the parts I needed to update the car a little and bring it to it’s final specification. I knew I wanted more power and better ride quality, but didn’t want to sacrifice response or ruin the balance I worked so hard to create.

At the heart of its 90hp bump in hp, is the Blouch 16G-XT turbo. I chose this turbo because it was the biggest (smallest) turbo I thought I could run on a 2.0L and still have good response everywhere. I complimented that with a host of small supporting upgrades to bring the car up to date. 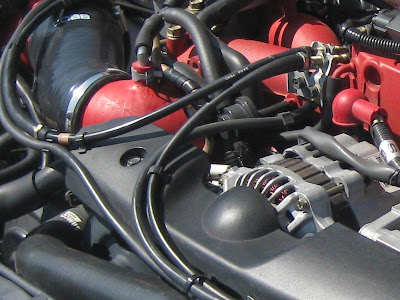 One of the coolest pieces I was able to secure was the inlet pipe. In my search to get a new APS Hard Inlet Pipe (because it matched my existing APS intercooler piping) I came across a truly rare piece – a genuine, brand new in box, Subaru Group N inlet pipe as used in the WRC cars. I originally wanted an APS hard inlet pipe because it matched all my other APS piping but since APS is no longer and I couldn’t find a new one, I had to source something else. The Subaru Group N piece was perfect. Not only did it have the WRC heritage going for it because it’s actually used in the rally cars, it was also matte Red, which matched my existing piping perfectly unlike the normal shiny silicone parts from other manufacturers.

The reason these are so rare is because to get one costs a small fortune – Around $1,300US with the exchange rate being what it is. That’s ludicrous for a piece of silicone piping, no matter how you look at it. Of course, I didn’t pay that, and I ended up getting it for the same price as a brand new APS hard inlet pipe would have cost me, so I took the plunge.

The fit was the best Cobb Tuning in Plano has ever seen. That, combined with the other power upgrades netted me a 90hp gain. In fact, Cobb Tuning said it’s the strongest 2.0/16G combo on pump gas they’ve ever seen, at any one of their 4 facilities. 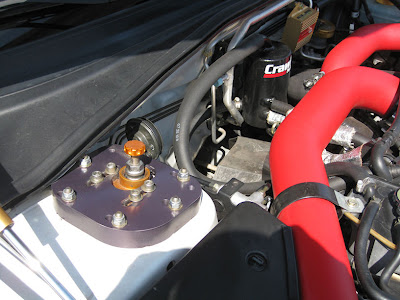 With the power taken care of, the suspension was in need of an overhaul. I honestly loved my H&Rs, but I wanted something with adjustable damping. The H&Rs were a compromise – a little too stiff on the street, and a little too soft on the track. I wanted to get their RSS adjustable coilovers, but they don't make them for the 2002 WRX.

After doing much research, I decided to go with TIC SSTs. These are AST 4100 series adjustable dampers custom valved with a dual Swift Spring set up on each corner. They fit the bill perfectly. They ride much better than the H&Rs even though I have them set lower, and can go from comfortable daily driving to track use with just a few clicks of the Gold anodized adjuster knobs. I went with these because from what I’ve read, AST is like Ohlins quality but not Ohlins prices. Also, AST-USA is right up the street from Cobb Tuning Plano, so support is there when you need it. And speaking of that, they outfitted me with a very trick remote adjuster that fits up on the rear deck, so I don’t have to take out my seat every time I want to adjust rear damping.

Other upgrades to bring the car up to date were the Prodrive 3 port boost solenoid and Cobb AccessPORT with Protune, and a host of other supporting mods under the hood. In keeping with the theme of “updating” the car, I thought it was time to have iPOD control for those long road trips I like to take. I now have the newest Kenwood Excelon DNX 990HD with Garmin GPS NAV taking care of that, lol.

Elsewhere inside the car, you’ll find a genuine OMP Rally Helmet Hammock with 2 Bell Sport Mag SA 2010 approved open face helmets for those track day excursions. I figured it was time to get an auto helmet and keep my motorcycle helmet for motorcycling, ha ha.

Outside the car, I figured I’d update the graphics, but not go overboard. I knew I wanted something to celebrate the fact that this was NASIOC’s first ever TOP SCOOB (001), but didn’t want something overly loud or obnoxious. I came up with a custom graphic that fits the design specification of the Subaru 2002 WRC car that ran in Finland. 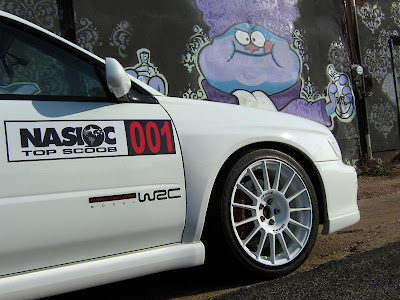 It was a smaller, oblong number plate. I did some renders and send off my designs to Greg Lilly of Underground Graphics in Houston, TX. It looked great, almost like a real competition car, but seemed like something was missing. It needed the rally names on the rear windows. That did the trick – and in case you’re wondering, no, that’s not my real name, ha ha, but a play on words from different names in my family, lol. 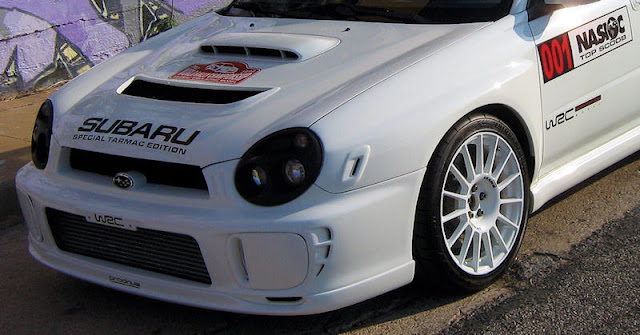 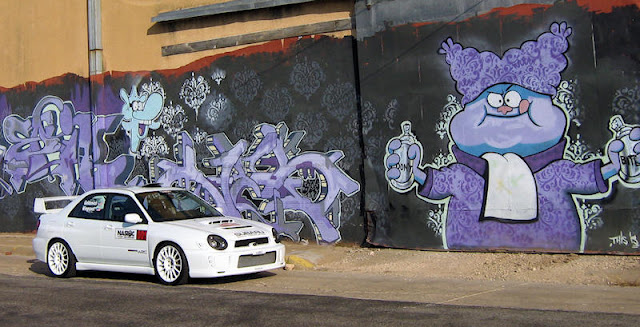 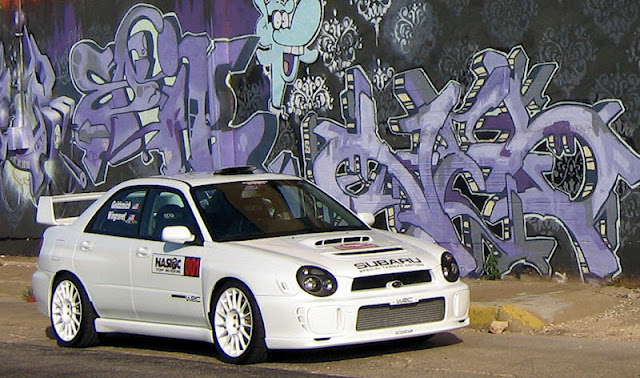 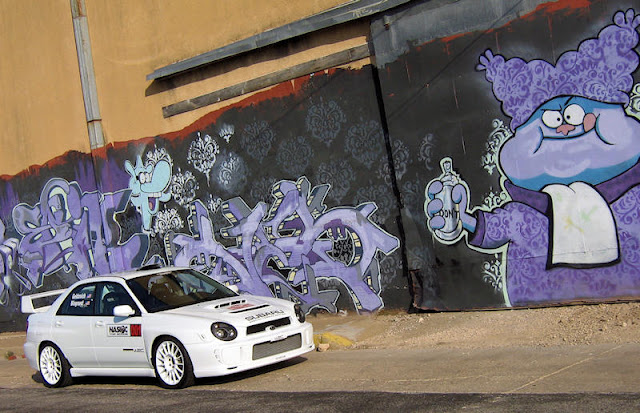 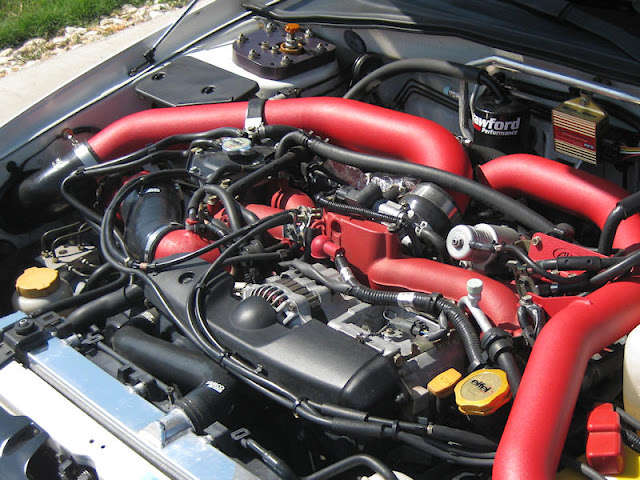 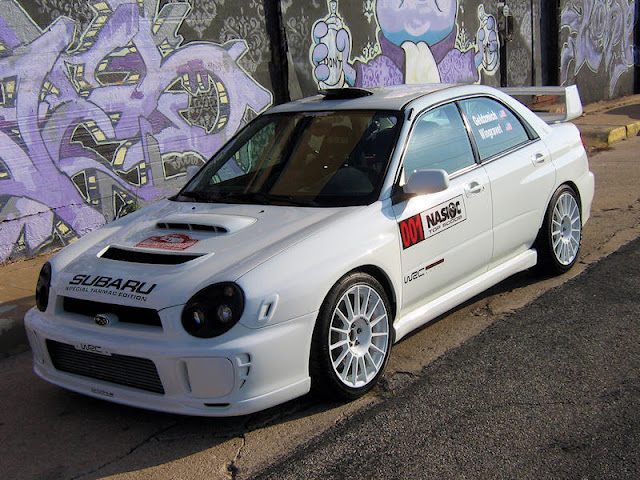 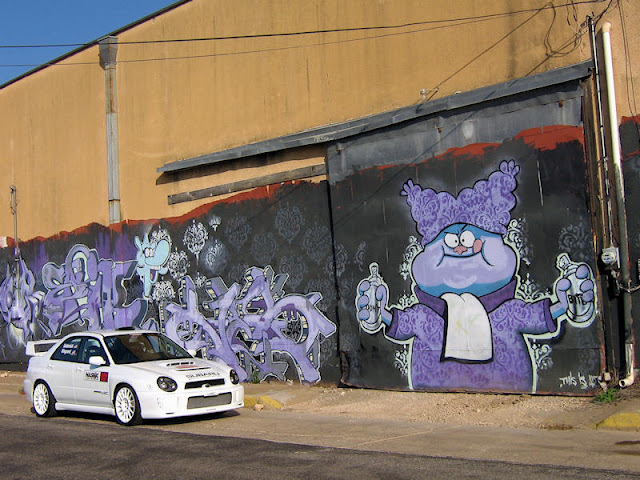 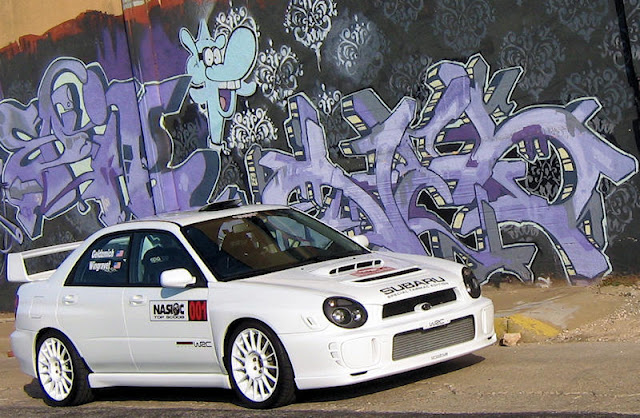 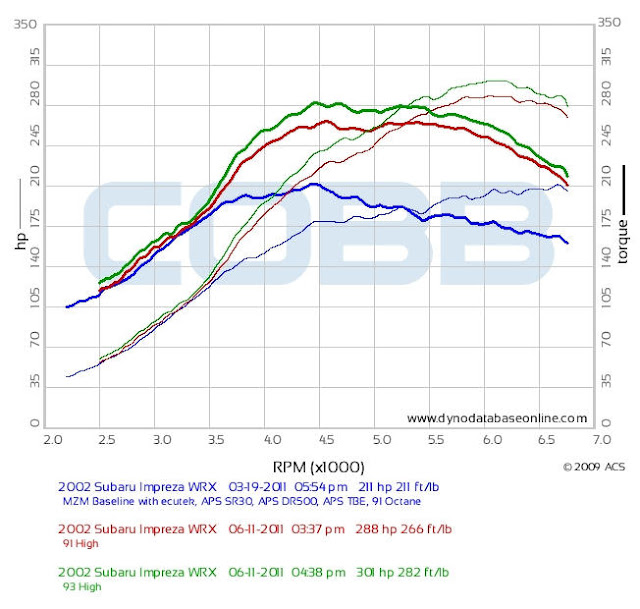 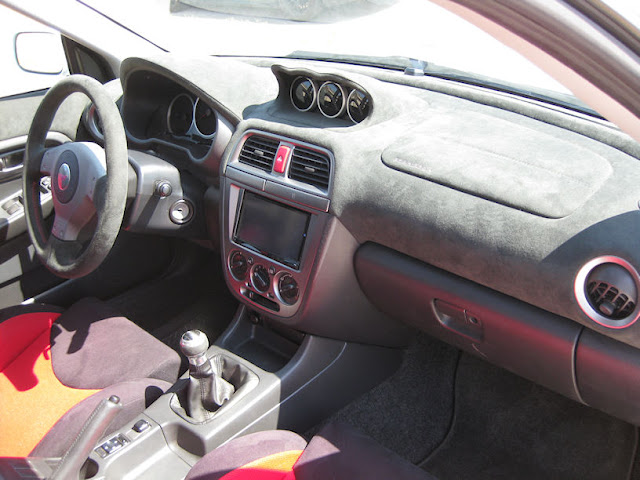 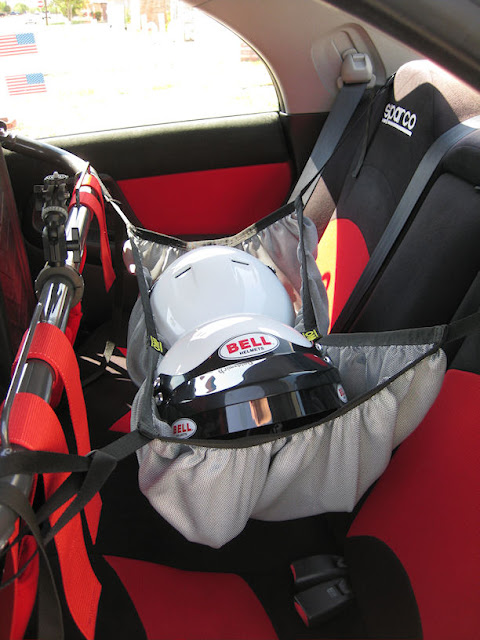 So like I said, the day after the "Graffiti Photo Shoot", I took the car up to Hallett to see if the upgrades I made actually worked. lol.

It's been over 4 years since I drove at Hallett, and I was definitely rusty.

The cars went well, but in retrospect, I think it was a mistake bringing both (Miata and WRX) to the track in the same weekend. For those of you that don't know, I now have a fully sorted Miata for daily use, built by Flyin Miata making 240 at the wheels.


Over the past 4 months, I've got quite comfotable driving the Miata fast. I did two track days with it in Colorado and both times I was very competitive. At Hallett no such luck at all. On Saturday, I drove the WRX first. The car is much more powerful than it used to be, and the set up is quite different. I basically overdrove it the whole session. Then I jumped in the Miata for the next session. Besides not being used to the track, I just couldn't adapt quick enough to get the most out of the Miata at all, and my times were horrible. 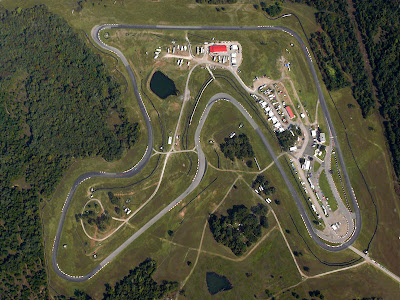 From that point on, I told myself I'd just drive the Subaru all weekend since I've already had fun in the Miata earlier this year.

I enlisted the help of a good buddy of mine (Blake Gibb) to ride along and critique my laps, etc. I think he agreed that I was in fact over driving the car, and late braking way to much. I wasn't smooth like I used to be at all. My times were in the 1:35 to 1:37 range which was disheartening because when the car had 90 less hp 5 years ago, I pulled a 1:31.7 best lap with an average in the 1:34-1:35 range.

I was getting frustrated with myself because it felt like I went backwards in my skill, in my cars set up, etc, not to mention spending a lot of money when what I had before was faster (at least at Hallett).

I took that night to think about what I was doing wrong, and went into it Sunday with Blakes guidance in the back of my head.

In the first session, I managed a 1:32 flat, with an average of consistient 1:33's. I felt much better because even though I didn't beat my hero lap of 1:31.7, I came within .3 and lowered my average lap times by 2 seconds...all in a car I haven't driven in 4 years and with a completely different set up. In addition, this was in 100 degree heat, when before it was like 50-60 degrees.

So the car definitely has the legs, the issue is just me, lol. I just need more seat time. I'll be back for sure, and the next time I'll be shooting for my best efffort, not an arbitrary lap time 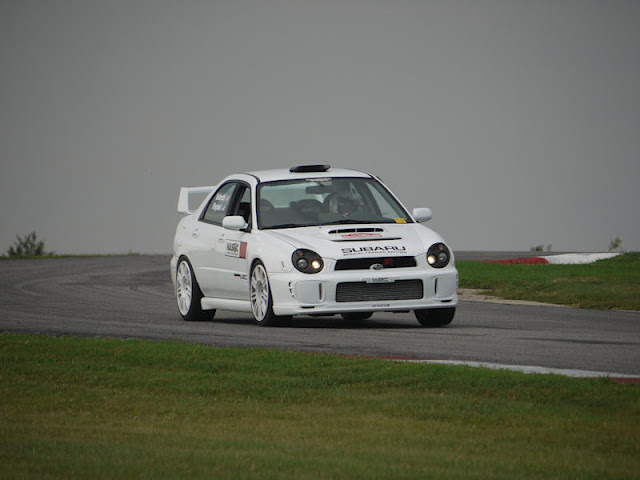 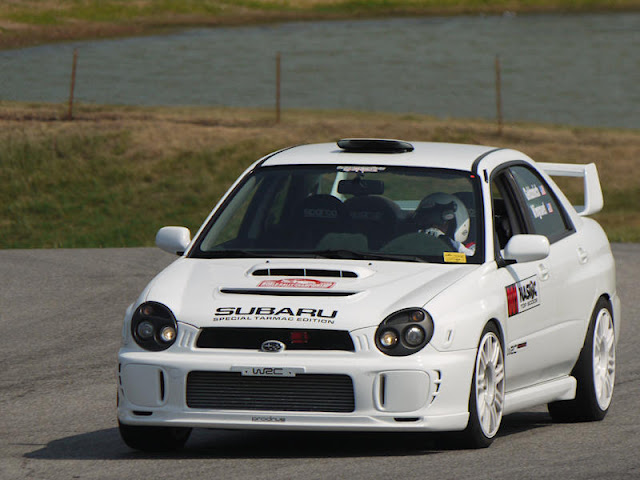 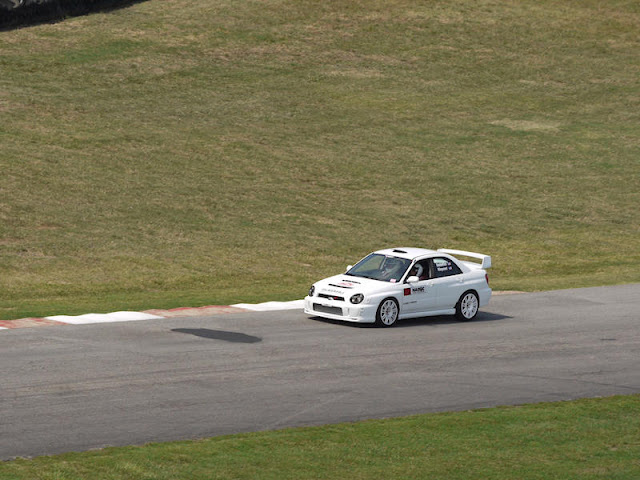 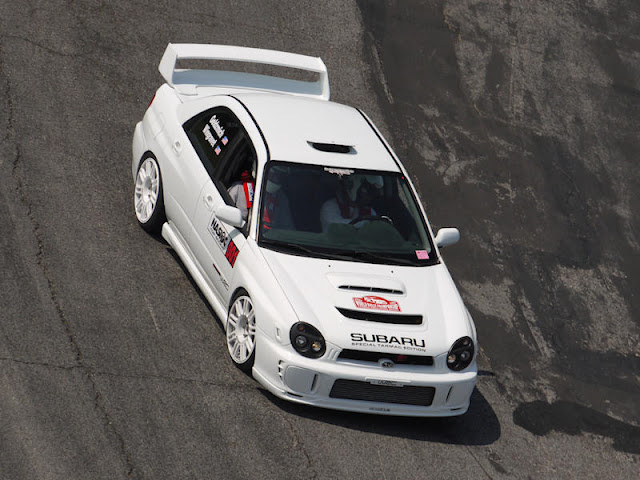 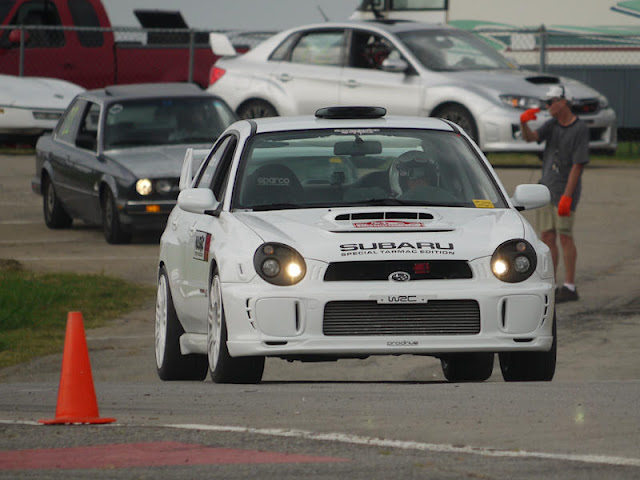 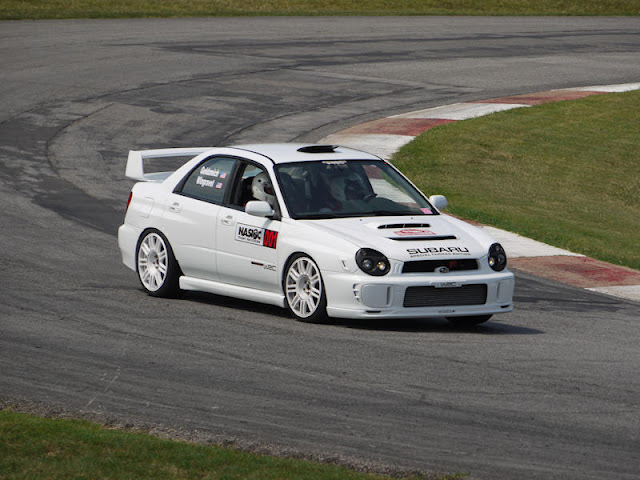 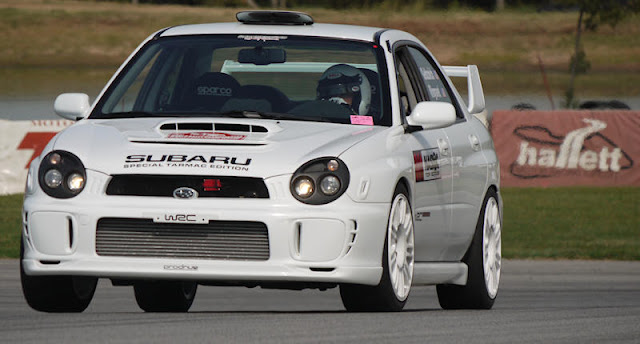